While walking down the Wood Chip trail on Jefferson Boulevard in Los Angeles, a homeless man named “Bones” points at the nearby trees and creek. He takes a long look at his surroundings, and the sounds of birds chirping distract him for a split second.

“It’s not going to be easy to leave this place.” The 72-year-old veteran has been homeless for more than 22 years. He lived in Redondo Beach before leaving everything behind and moving to the area. “I like living here because you got nature. What other part of LA can you enjoy nature?”

The Ballona Wetland Ecological Reserve is the last remaining wetland in Los Angeles County. It is also home to a growing number of homeless encampments. Three years ago, tents and RVs started to show up along Jefferson Boulevard and have since taken over the Wood Chip trail that is located on the wetlands reserve. Over the years, crime increased, according to the LA Times.

In January, the LA County Board of Supervisors voted to take steps to clear areas like the wetlands, where RV encampments may create unsafe conditions.

The Ballona Wetlands Conservancy has been trying to assist homeless residents, but there’s no one right solution to this issue, said Lisa Fimiani, executive director of the non-profit Friends of Ballona Wetlands. “It’s a highly complex situation.” 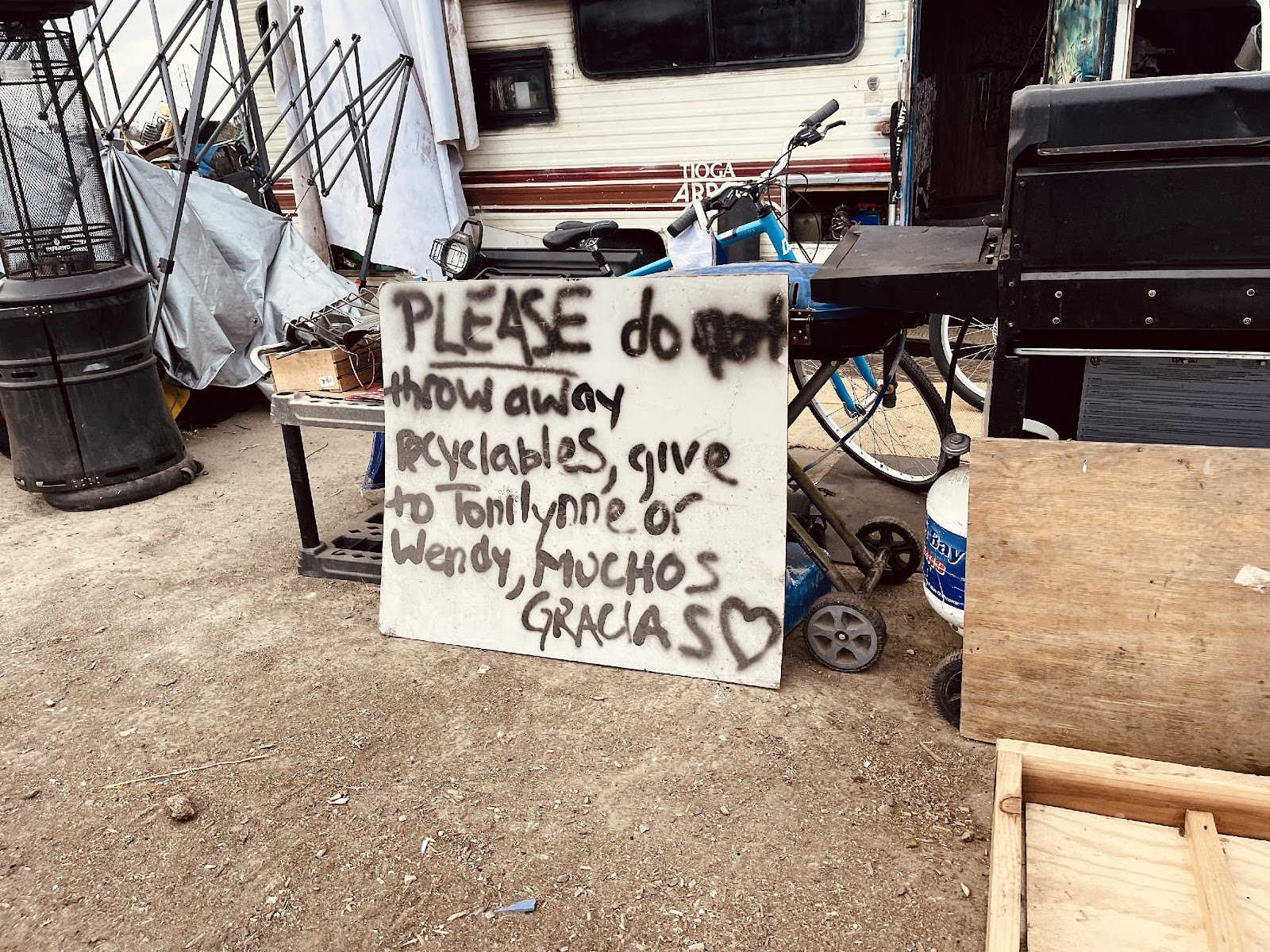 Bones said he tried to find permanent housing and a non-profit group even found him an apartment, but he couldn’t bring his two pet cats with him. He explains how he would jump at the chance to have a house again. “I’m getting too old for this,” he said. “I am going to miss the day, where when I look up in the middle of the night instead of seeing stars, I’ll see a structure.”

Bones looks off at the wetlands and fidgets his fingers. “This is spiritual grounds, you know?” The Ballona wetlands were home to the Tongva natives about 3,000 to 5,000 years ago. During construction of Playa Vista, human remains and pottery were found. The remains have been moved to the Ballona Discovery Park in 2008, just a block away from the site with a new memorial.

At this memorial, Fimiani recently welcomed a group of young children touring the park on a field trip. She smiled and pointed at birds nesting in the trees, grabbing a birdhouse and carefully placing it onto a branch. She directed the children to look at the informational signs about the birds native to the wetlands.

Fimiani explained the difficulty in trying to find a solution for the homeless encampments. “The bad players are ruining it for the ones that are desperate just to find a spot to be safe. And our hearts go out to those people, but you got the breaking down of the fencing, cutting down the bushes, urinating and defecating, not keeping up their RV’s, dumping things in the gutter, and collecting tremendous tons of trash.”

Fimiani explains how the Los Angeles department of parking enforcement and the sanitation bureau is involved in actively cleaning and regulating the RV’s. Police are called when an obvious crime happens, said Fimiani. Just a few months ago, there was a report of a shooting that occurred on the wetlands. Four homeless men were shot on the scene and a man was charged with attempted murder.

“The people that live here are not being heard. It’s very unsafe here,” Fimiani explained.

Fimiani says the real issue here is affordable housing. Many of these people just want somewhere to live, she said.

“It’s a nationwide problem, and it isn’t going away. It’s just going to get worse, Covid or no Covid, it doesn’t matter. It already has affected the bird’s ability to nest. We know that because we do studies on it,” said Fimiani. “It’s degrading the water quality, which means the water quality going out to Ballona Creek and Santa Monica Bay is being jeopardized, because of what they are doing,” Fimaini explained after a long sigh.

Fimiani hopes lifting the moratorium will make a difference for the Ballona Wetlands. Otherwise, she said, “It could get a lot worse.”

Get notified about exclusive offers every week!

Lakers/Clippers analysis: One team is bad, the other team is… less bad

Are LMU’s fountains and greenery drought-friendly? 

I accept use of cookies
PRESS ESC TO CLOSE